Top Industries In East Africa That Every Investor Should Keep An Eye On.

I publish here mostly articles about South of Africa. This time, something about East region of that beautiful continent. Recently I've read at Sulma Sulima (agency which helps companies, startups and investors in Europe and Africa) interesting summary about top industries in that region. Simply spot on - read below and ask yourself a question - can I miss it?

The East African market has been recently seeing massive growth, sparking the interest of foreign investors. East Africa is one of the regions that is reforming its business regulations to make it very investor-friendly. In the region, Kenya, Rwanda and Tanzania take the lead in terms of fast development and growth. As much as emerging markets are very profitable and hold a lot of potential, it’s important to note that there are still many risks at stake. Some of the key industries that investors should watch in East Africa include:

The tech niche is evolving in East Africa, with new technologies such as the blockchain being widely adopted. There are a lot of methods and ways to promote ICT in the region with a rise in the number of tech hubs to nurture adoption.

The finance industry is one of the key industries that has been influenced by technology. The region boasts a rise in the number of mobile transactions with MPESA being widely used in the region. Currently, most payments are done via mobile. In a way, most businesses are linked to fintech either directly or indirectly. Most people, especially in rural areas, prefer to bank their money through mobile, as opposed to brick and mortar establishments. That leads to a large number of mobile transactions, which also provides a lot of room to grow. Fintech has been the bridge to solving some of the problems facing the market such as poor infrastructure and lack of information, especially in the rural areas.

The Internet has influenced the retail sector and currently, shopping is shifting to online. There is a rapid growth in online markets with Jumia taking the market lead in online stores. Tech-savvy markets such as Kenya and Rwanda have up to 70 percent smartphone adoption rate, with more than half of the total population having access to the Internet. With the rise of the middle-class population in the region, it means that eCommerce is ripe for further development. When incomes rise, the purchasing power increases and that leads to an explosion of the online retail.

Mobile applications have changed the way things are done. Apart from purchases being done through apps, you can also access many services through them, such as healthcare and transport. In the region, Kenya takes the lead when it comes to using applications to provide services. There are applications such as Sema Doc, where users can get the diagnosis, medical loans, and treatment options through the app. 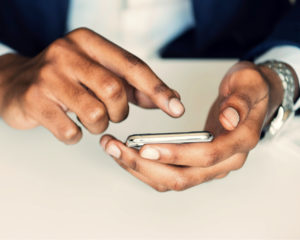 ICT has also been used to change the transportation sector which is struggling in most of the East African countries. Apart from taxi-hailing apps such as Uber, some apps have been used for finding and managing public transport. There is also a lot of adoption of big data analytics to help improve public transport. There is much that has been done and still much more that can be done, especially in providing tech-based transport solutions.

ICT has changed everything and there is still a lot of potential on what can be done. With more innovation happening by the day, new opportunities keep presenting themselves to investors.

And that sector is most importnat from my point of view - however quickly on 3 other "hot sectors" described by Sulma Sulima below:

Most sub-Saharan countries are heavily reliant on agriculture, East Africa included. As much as agriculture is the backbone of the East African economy, it is mostly subsistence farming and not very modernized. There is a big gap to be filled for farming in the region to reach the South East Asian standards. Agriculture is still untapped, while it is set to be a major driver for growth for the economies, more so than other industries.

There is also a gap when it comes to agricultural value addition. Agro-processing has not been developed in most countries in East Africa apart from Uganda. Most of the agricultural products in East Africa are exported in raw form. As much as Agriculture is the backbone of the economy in the region, it does not receive much budget allocation from the respective countries. Ethiopia allocates a whole 25% of the budget to agriculture. This means that there is a big opportunity for private investors to take advantage of the situation. 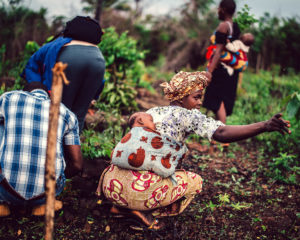 Technology has had a lot of influence on many niches, including the agricultural sector. Currently, it has had a big impact on agriculture in the region, especially in Kenya and Rwanda. Technology has helped to solve the main problems facing the sector such as lack of information and market accessibility. Farmers can now easily have information on weather trends, market prices, financing options, and profitable farming. There is still much that needs to be done to take agriculture to the next level.

Even though the region is rich in natural resources, it still faces challenges when it comes to power supply. The main challenges include high costs, low capacity, and frequent power outages. There is still a large percentage of people who have no access to electricity, especially in rural areas. It is estimated that about 70% of East Africa has no access to electricity.

The situation is, however, changing with more investments in renewable energy. There are many companies, especially those dealing with solar energy, that are exploring the region but there is still much that is needed.

There is still a need for diversification when it comes to power sources and there are other sources of energy that have not been explored, such as wind. The main source of energy that is used is hydro energy, which is dangerous, as over-reliance may lead to drought. 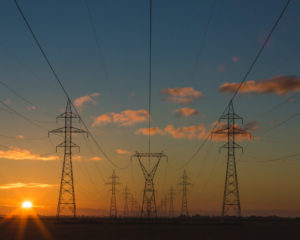 The scale of investment that is required surpasses the government budget and initiatives, as other sectors need to be worked on as well. That leaves a big gap that can be filled by private investors. There is also a need for exploring conventional energy structures and renewable energy in general. There is plenty of potential in the provision of low-carbon solutions, as it has a big potential when it comes to renewable energy.

Migrants thrive in their "new homes"

Why Estonia is dealing with pandemic better than other countries?

Ripple plans to expand partnerships with Brazilian banks in 2020