It can't be good for Ripple :) Visa jumps into blockchain.

Visa do everything on a massive scale. In 2018, it moved $11.2 trillion over its payment rails across more than 200 countries for purchases ranging from cups of coffee to cars.

Now it’s eyeing an even bigger market: cross-border, business-to-business (B2B) transactions, where banks transfer money on behalf of corporate customers. Visa says it’s entering a $125 trillion market and using distributed ledger technology—software where transactions must be confirmed by multiple computers on a network to be considered final—to make these payments faster, cheaper and more transparent.

Most cross-border payments are done through the Society for Worldwide Interbank Financial Telecommunication, or Swift, a Belgian organisation started in 1973 that counts 11,000 financial institutions as members. But its legacy system has inefficiencies. Because few banks are connected directly to each other, a payment that originates in Kansas City and is bound for Nairobi might have to stop at banks in New York and London before reaching its final destination, with each bank extracting a fee. It’s also difficult to track the transfer’s progress and predict how much it will cost, including what foreign exchange rate you’ll get.

In 2017, Swift launched a new service, gpi, to speed transactions and transparency. With this product, nearly all transactions settle within 24 hours, says Harry Newman, head of banking at Swift. So far, 3,500 banks have signed up, and they move $300 billion a day over the service, roughly half of Swift’s total daily volume. 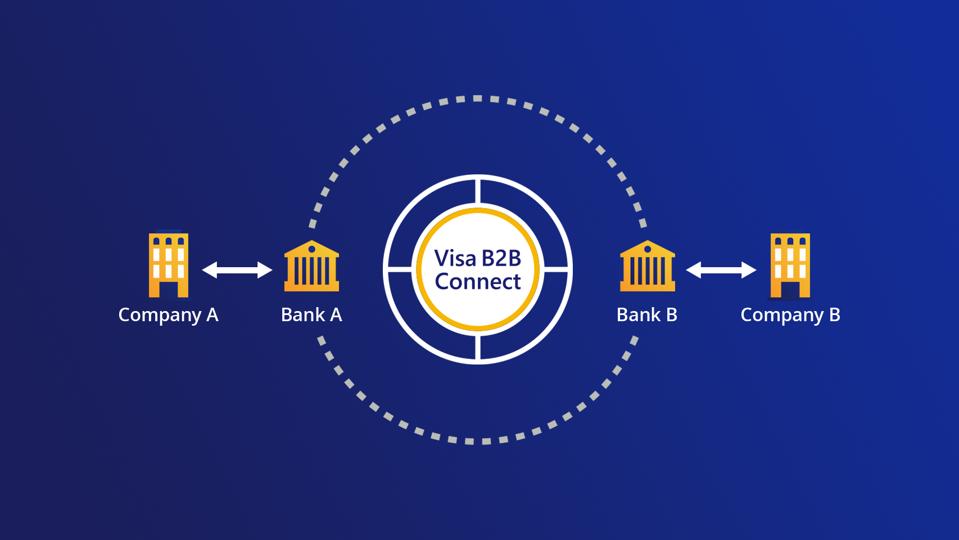 Phalen’s team created Visa B2B Connect using distributed ledger technology because it provides more transparency and traceability than a typical state-of-the-art database, he says. They used Hyperledger Fabric, the blockchain software developed in part by IBM and hosted by Linux, to build it, and it has taken two years to launch. Unlike cryptocurrency-based blockchains including Bitcoin and Ethereum, Visa’s product isn’t decentralized, since the payments giant has complete control over it. Visa made Forbes’ first-ever Blockhain 50 list earlier this year.

Visa B2B Connect is focused on facilitating high-value B2B transactions of about $15,000 and up, which represents a roughly 10% chunk of the $125 trillion cross-border market, Phalen says. It’s partnering with FIS, a Jacksonville-based payment processor and financial technology provider to more than 20,000 financial institutions. That will give Visa access to FIS’ rich set of bank clients, who can choose to use B2B Connect for payments if they wish.

Why doesn’t a company like FIS, with its valuable distribution network, want to build a product like Visa B2B Connect on its own?

“FIS has at times looked at introducing new networks into the market, but in most cases, we play the role of the integration partner that helps financial institutions participate in networks,”

N26 is leaving UK because of... Brexit and will focus on other EU markets and US